The European Days of Jewish Culture continue their great adventure this year in September. Certainly, the Covid-19 has disrupted its programming, but original shares have been put in place. Meeting with Thierry Koch, president of JECPJ-France. 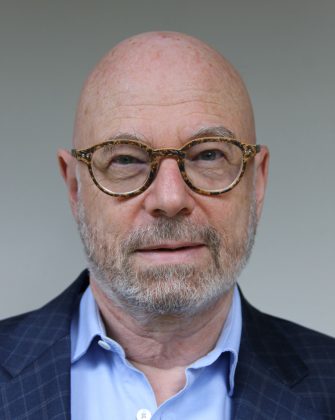 Jguideeurope: How does the 2020 European Days of Jewish Culture edition adapt to the consequences of Covid-19?

Thierry Koch: Covid-19 has of course disrupted the 2020 edition of the European Days of Jewish Culture. The Days taking place every year at the beginning of September, their programming is done mainly at the beginning of spring, sometimes even upstream, when the participation of personalities of culture, literature, music or spectacle is requested. The risk of cancellation was too great this year to initiate some ambitious projects and the complete cancellation of the 2020 edition was even part of the hypotheses considered in March when the epidemic “wave” hit most countries on the continent. The AEPJ (European Association for the Preservation and Promotion of Jewish Culture and Heritage), coordinator of the Days, followed by JECPJ-France, coordinator for France, finally made the bet of adaptation.

The AEPJ set an example by deciding very early on to set up for Sunday, September 6 an online program combining concerts, conferences (in three different languages) and videos on Jewish culture and heritage (videos provided by its members). So, worst case scenario, a minimum – which is more common – could be offered to the public in all participating countries. We know that ultimately the health situation will not be so degraded and that demonstrations may take place “face to face” subject to the application of the distancing instructions in force. One of the difficulties will have been to anticipate the real degree of severity of these instructions. We have left full latitude to our regional organizers to adapt and take their responsibilities. One of the responses has been to increase the number of outdoor events, such as film screenings in public spaces, open-air concerts, guided tours of cemeteries and discovery walks. In addition, some, following the example of the AEPJ, have chosen to go virtual, either by relaying the on-line program of the AEPJ, or by setting up their own events offered by videoconference…

Is there a particular theme or a chosen focus this year?

Yes, every year the European Days of Jewish Culture highlight a particular theme, common to all the participating countries. This unifying theme is chosen within the bodies of the coordinating organization of the Days at the continental level: the AEPJ. This year the chosen theme is “Jewish Journeys” which we have translated as “Voyages et Migrations” in order to reflect the richness of the English word “journey” which brings together the notions of travel, of course, but also itinerary, movement and of journey. The theme is of course not imposed on every scheduled event, but it inspires the organizers who so wish by allowing them to renew themselves from year to year. In addition, the AEPJ is a partner of the National Library of Israel. Each year, the latter produces an exhibition in English on the theme chosen by the AEPJ for the Days. This exhibition is made available to the organizers. For the first time this year, the exhibition could be adapted in French and several sets of kakemonos were produced, so that the exhibition circulates in participating cities in different regions.

How do you perceive the evolution of this event since the start of the project?

The European Days have indeed evolved since the beginning of the project, both qualitatively and quantitatively. The first European Days go back to 1999. They then associated five countries: France, Germany, Switzerland, Italy and Spain. Today, the project brings together more than thirty European countries. Initially, the 5-country project was presented as the extension of an idea that had been implemented in Alsace by a few pioneers in 1997. It was then essentially a question of promoting a material heritage made up of synagogues and cemeteries. The organizers were Jewish associations seeking to draw attention to an endangered heritage.

The arrival of tourism professionals (Departmental Agency of Tourism in Alsace) quickly gave a decisive impetus to the project in the direction of “cultural tourism”. That of Spain, a country “without Jews” showed that this project could be the concern of all, an example for many countries of Europe whose tragic history of the XXth century had made disappear the Jewish communities but not the memory and certain heritage items. From then on, the municipalities, local authorities, sometimes the ministries of culture were interested in this project. It was about highlighting both intangible and tangible heritage.

Under the impetus of the AEPJ, the initial idea of ​​“Jewish Heritage Days” gave birth to two distinct projects, a “European Route of Jewish Heritage” project – cultural route of the Council of Europe – focused on cultural tourism and that of Days, now renamed “European Days of Jewish Culture”, emphasizing the cultural aspect, the notion of meeting and even more the opening of a dialogue around Jewish culture. The stake became the enhancement of Jewish participation in the development of European civilization and to underline – beyond the pogroms of the 19th century and the tragedies of the 20th century – the possibilities of integration and exchange between religions and different traditions.

What is the major challenge for you in sharing this European heritage?

For me, the major challenge – through our work of sharing this European heritage – is that of taking our part in the construction of an open European identity, respectful of the diversity of thought, of the variety of regional traditions, religious or “ethnic”, knowing how to find in the past, history and heritage, examples allowing to better approach the complexity of change and to resist the temptation to withdraw into oneself. In this regard, the theme “Travel and Migrations” provides a rich material for thinking about mobility, demographic changes, the permeability of borders, what makes the Earth a world…