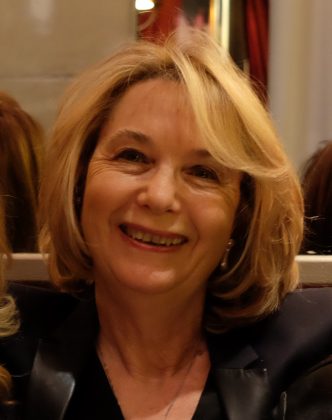 The 8th edition of the European Days of Jewish Culture and Heritage in the Alpes Maritimes begins this year with a guided tour of Villa Ephrussi de Rothschild in Saint-Jean-Cap-Ferrat, Villa Kerylos and Beaulieu, by Audrey Alcabes, guide at the Shoah Memorial. Meeting with Régine Bessis, president of the JECPJAM.

Jguideeurope: How did the organization of the European Days of Jewish Culture and Heritage in the Alpes Maritimes begin?
Régine Bessis: This year we are at the 8th edition of the JECPJAM. In 2013, when I was then Regional President of B’nai B’rith de la Côte d´Azur, I saw that for ten years no event had taken place in the Deloye Synagogue in Nice.
With my friends Patricia Trojman and Avraham Vanwetter, co-presidents of the Free Hebrew University of the Côte d´Azur (UHLCA), who from the outset have been responsible for the design and organization of the conferences, seminars and artistic visits.

We also benefited from the help of Master Tanauji-Dahan who imagined and designed the first visit to the Nice Ghetto and the support of the Consistory and the B’nai B’rith of the French Riviera.

Thanks to the union of our skills and motivations, we have decided to create events around Jewish heritage and culture in our region.

It was the start of a great adventure. From a handful of visitors in 2013, in 2016 we have grown to over 1,300 visitors. We now have around 1000 people who follow our activities every year.

How do you see the development of interest in Jewish cultural heritage in your city?
You should know that our activities take place regularly around the synagogues, mikves and Jewish cultural centers in Antibes, Cannes, Nice and the Nice ghetto circuit.
We do not have any significant architectural heritage on the Côte d’Azur. This is why, depending on our program and the subject of the year chosen by the AEPJ, we are developing cultural events in many different places of the region.

Among them, Bordighera, around the historic Palm grove, in Menton around its gardens, in Saint-Jean-Cap-Ferrat and Beaulieu at the Villas Ephrussi de Rothschild and Kerylos, in Saint-Paul-de-Vence at the Maeght Foundation, in Vallauris and at the Picasso Museum. The organization of conferences and artistic performances take place in Cannes and Nice.

Everywhere, we address ourselves as a priority to an enlightened non-Jewish public, curious about our traditions, our culture and very demanding. It happens that people are looking for their Jewish roots which they rediscover especially during these meetings. We have managed to retain some of them and the public in our community likes to learn from our proposals.

Where did you fall in love with heritage?
Publicizing the Deloye Synagogue in Nice was my first motivation, but creating and developing the Nice Ghetto circuit to explain the journey of the “Hebrew Nation” (S. Tombacini) is a great satisfaction.
This route has been enriched by the creation of the Mur des Justes and the Mur des Deportés by Christian Estrosi, Mayor of Nice, which makes it possible to tackle the theme of the Shoah.

The ongoing renovation of the 700 tombs of the Jewish Cemetery at the Castle allows us to show the important contribution of Jews from all over the world to the City of Nice and its region.