The monumental Ashkenazic Synagogue in The Hague was sold to the municipality, which put it at the disposal of a congregation of Turkish Muslims. It has since become the Al Aqsa Mosque.

The Ashkenazic community in The Hague then acquired a former Protestant church in the Bezuidenhout quarter and transformed it into a  synagogue and community center.

Because the maintenance costs were too expensive, however, the synagogue was turned into an apartment building. Today only the first floor serves as a synagogue and community center.

The first Jewish burials in the recently restored  Scheveningseweg cemetery occured around 1700.

There is a  statue of Baruch Spinoza in front of the house where he spent the latter part of his life and where he wrote his most important philosophical works after being banished from the Jewish community for what were considered “heretical opinions”.

In 1673, he was offered the chair of philosophy at the University of Heidelberg on the condition that he cease his attacks on organized religion, but he declined the offer, preferring to continue to study in his retirement.

Interview with Marie-Thérèse Daniëls-Dirven, in charge of the Spinoza House in The Hague. 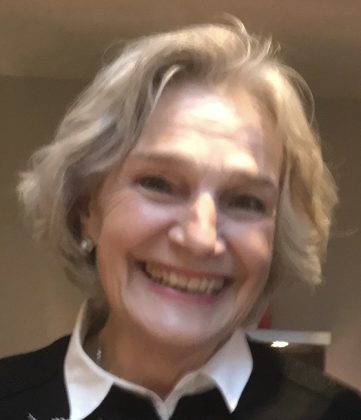 Jguideeurope: Where do most visitors come from? Have you witnessed different motives according to country of origin?

Marie-Thérèse Daniëls-Dirven: Since July 2018, Domus Spinozana is open exclusively on Monday afternoons. Most visitors come out of a prior interest in Spinoza. Some are foreign students resident in The Hague or students from abroad. But there are also passing tourists, both young and old.

Some highly interested foreign visitors plan their trip to The Netherlands well in advance. They want to see everything related to Spinoza. For these visitors, we are happy to make an appointment on another day than Monday if this suits them better.

We receive visitors from all over the world. Last year, on the same afternoon, we had visitors from Korea, Japan and China, a striking coincidence.

It is difficult to say whether motives vary according to country of origin. What one can say with certainty is that the great diversity of visitors shows how Spinoza, with his encouragement to think for oneself and his plea for unlimited freedom of expression inspires people from all nationalities.

How is Spinoza’s heritage kept and upgraded?

Spinoza’s house, known as Domus Spinozana, was built in 1646 by Jan van Goyen, a well-known landscape painter of the time. Some years later the house was occupied by Jan Steen and his wife Grietje, the daughter of Jan van Goyen. Hendrik van der Spyck was the landlord of Spinoza.

Spinoza lived in the attic of the house during the last 7 years of his life and died here on 21st February 1677, at the age of 44. It was in this house that Spinoza completed in 1675 his text, Ethics, which was published after his death.

At present, only the reading room on the ground floor is open to the public on Monday afternoons from 14.00 to 16.00. The space is designed for scholars and students. Here one can consult a book, speak to the custodian or simply breathe in the atmosphere of this historic building.

Our website, www.spinozahuis.nl includes a virtual Spinoza tour of The Hague.

Will there be events organized in the coming year?

After a period of uncertainty the Spinoza House Association is again the owner since 2020 and wants to set up an international Spinoza Centre of this house. The Association aims to hold Spinoza lectures, to provide classes for schoolchildren on the philosophy of Spinoza and to contribute to The Hague’s identity as a city of Peace and Justice.