There are nearly 15,000 Swedish Jews today. Most live in Stockholm. The other communities are mainly located in Malmo, Goteborg, Lund, Helsingborg, Boras and Uppsala. Synagogues are present in the first three cities of the country. And Jewish cemeteries in Gotand, Kalmar, Karlkrona, Karlstad, Larbro, Norrkoping and Sundsvall.

Although the presence of Jews in Sweden dates back a long time, notably in Goteborg and Stockholm, a community was not established there until the 1770s. Aaron Isaacs, a German engraver living in Stockholm, was the first Jew to live there. be allowed to live there as such at that time, without having to convert to Christianity.

The island of Marstrand, located near Goteborg, allowed the arrival of populations of other countries or other religions. In this momentum, the city of Goteborg authorized the settlement of Jews in 1782. The other towns which authorized their visit were Norrkoping and Karlskorna. In that same year permission was granted to build synagogues in these cities.

In 1840, the number of Swedish Jews was estimated at 900. At that time, King Charles XIV granted many civil rights to Jews. Once this access to citizenship and equal rights was granted, Jews rarely encountered anti-Semitism.

This development motivated the arrival of Jews from neighboring countries, more worried about their fate, notably from Russia and Poland. Thus, the Jewish population of Sweden increased to reach 6,500 in 1920.

In the interwar period, more restrictive measures were implemented to limit Jewish immigration. From 1933 to the start of the war, only 3,000 Jews were allowed to settle there, mainly from Germany, Austria and then Czechoslovakia, the places conquered by the Nazi regime.

Nevertheless, during World War II, many Swedes were involved in rescuing the Jews. In 1942, 900 Norwegian Jews were granted permission to settle in Sweden. And of course the two famous rescue operations.

First of all, that of the 8,000 Danish Jews who found refuge there thanks to the courage of the people of their country. Then, the valiant efforts led by the Swedish diplomat Raoul Wallenberg which made it possible to save thousands of Hungarian Jews. It should be mentioned, however, that some Swedish companies adopted a different attitude and traded with Germany.

The Jewish community developed after the war, in particular thanks to the arrival of Jews from communist countries, mainly from Poland and Czechoslovakia.

But by the end of the 1980s, neo-Nazi and Islamist speeches and attacks against Jews spread. This encouraged Swedish political institutions to set up educational projects to combat anti-Semitic and racist prejudices. Particularly thanks to the University of Uppsala.

This did not prevent the rise of anti-Semitic attacks across the country, which rose sharply in the 2010s. Whether it was the Molotov cocktail attack by Islamists on the Stockholm synagogue. 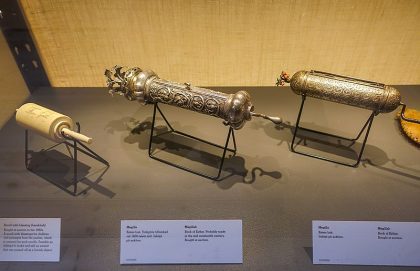 A year later, it was the home of a Jewish politician from Lund that was burnt down. Hence Prime Minister Stefan Lofven’s decision to add more educational programs but also to increase the penalties for anti-Semitism.

In 2017, during an Islamist demonstration in Helsingborg, violent anti-Semitic slogans were uttered under the guise of “anti-Zionism”. In Umea, a Jewish cultural center was closed in 2017 following the vandalism suffered at its premises and the many threats received. In Norrkoping, during the Passover celebrations in 2021, bloody dolls were hung on the synagogue …