Émile Zola is one of the greatest authors, presenting the many facets of France at the turn of the 20th century, from the slums of the mines of the North in “Germinal” to the neon lights of Parisian department stores in “Le Bonheur des Dames”.

He is also one of the most important heroic figures in French history. In particular, he defended the honour and integrity of Alfred Dreyfus.

We especially remember his famous tribune “J’accuse”. Then, their common fight for truth and justice, against anti-Semitism coming to light. 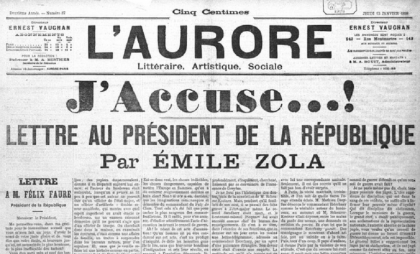 Year after year, Zola’s memory is celebrated in his summer home in Médan, while his work is still shared on the country’s school benches. His house where he wrote various novels, and not the least, from 1880 onwards. He also received his friends there. This house has recently been restored and reopened to the public.

After his death, it was donated to the Public Assistance. Its transformation into a museum provides an insight into the personal and family life of the man. The author’s taste in furniture and his passion for antiques can also be seen. We find the period decorations and elements of the stained glass windows, his stained glass window, encouraging our imagination to try to know what the author was thinking by looking at the river and the railways. All that these journeys allowed, especially in his books such as “La Bête humaine”.

It is therefore in a very harmonious and logical way that a Dreyfus Museum was built in Médan next to Émile Zola’s house. Its construction was made possible by the financial support of Pierre Bergé, at the request of President François Mitterrand. Elie Wiesel agreed to be its patron.

The  Dreyfus Museum was opened on October 28, 2021 and its main mission is educational, offering teachers a material that allows them to better share themes that are not always obvious today in the classroom. The aim is to share with future generations the values of these two men and their courage in the face of adversity, by showing xenophobic speeches and anti-Semitic caricatures.

But also texts and images of support, including many Armenian authors. A dialectic leading to an even higher honour for France. By explaining in detail the “Affair”, the issues at stake at the time, the struggles between and within the institutions of the Republic, as well as the role of the latter and of citizens. 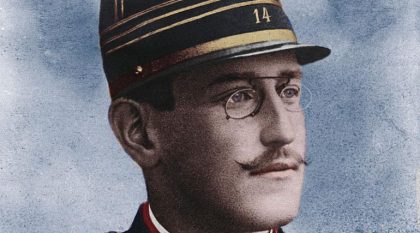 At the entrance, there is the famous photo of Captain Dreyfus’ sword being broken by a warrant officer on his thigh, marking his degradation. Then, a little further on, the sentence “The truth is on the march and nothing will stop it”, which closes an article by Zola and was later found in “J’accuse”.

The Dreyfus Affair is thus largely presented through the eyes of one of its most important supporters. The museum also presents the tragic end of Zola, who was murdered, and the rehabilitation of Dreyfus.