The Jewish quarter of Ferrara, along with that of Venice, is one of the largest and best preserved in Italy.

The Jews of Ferrara were not forced to live in the quarter until the beginning of the seventeenth century. As the capital city of d’Este dukes of 1598, the city was a center of Italian and European Judaism, with more than 2000 Jews of a population of 30000 during its golden age between the fifteenth and sixteenth centuries. Ashkenazim from Germany and Sephardim welcomed after their expulsion from Spain lived side by side under the protection of the local authorities; they were not required to wear any distinguishing sign and could freely chose where to live in the city.

The large street that connects medieval Ferrara to the Renaissance city, the corso della Giovecca (or Giudecca), attests to this happy past. Prestigious rabbis and doctors lived in this city that was, like Bologna, a center of Jewish printing. It was here in 1555 that Abraham Usque published the famous Bible of Ferrara. The situation declined after 1597, when Duke Alfonso d’Este died without a male heir. The d’Este court abandoned the city and the papacy took control. The d’Estes left for Modena, followed by a number of Jews. The ghetto was created in 1627. Despite difficulties, and even after their emancipation in 1859, many Jews remained in the city until Mussolini imposed racial laws in 1938. This tragedy has been magnificently retold by the writer Giorgio Bassani, who has dedicated most of his books to Jewish Ferrara.

A  National Museum of Italian Judaism and the Shoah (MEIS) was opened in 2017. This museum aims to share two thousand years of Italian Jewish history. It presents the glorious and dark hours of this history, marked by the warm welcome and expulsions, the active participation of Jews in Italian culture and the fascist persecutions and then deportations. The place also hosts intercultural dialogues.

The Garden of the Finzi-Continis 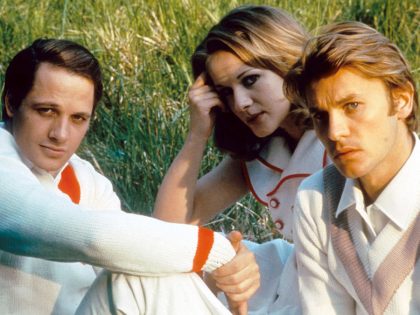 “Only we, being Jews of course, but Jews brought up in the very same religious rite, could really understand what it meant to have our own family pew in the Italian synagogue, up there on the second floor, and not in the German synagogue on the first floor, which, with its severe, almost Lutheran gathering of prosperous Homburg hats, was so very different…who, apart from us, could have been in a position to give precise details about, say, “the via Vittoria lot?”…all rather peculiar people, in any case, faintly ambiguous and inclined to keep themselves, people whose religion, which in the Italian synagogue had become popular and theatrical in an almost Catholic sense, a fact that was clearly reflect in the character of the people…had remained essentially a half-secret, exclusive cult best practiced at night, by a few people gathered together in the darkest, least know alley-ways of the ghetto.”

The ghetto is located near the cathedral, around Via Mazzini (formerly Via dei Sabbioni), and has remained quite commercial. Most of the boutiques were owned by Jews until the Second World War. The three main synagogues in the city (German, Italian and Farnese) have always been located on this street in a large building purchased in the fifteenth century by a rich Jewish lender, Samuel Melli, who then donated it to the community. The building still houses the offices of the Jewish community, as well as the Jewish Museum.

The magnificent  German Synagogue (Scola Tedesca) is used only for large ceremonies. Five window opening onto a courtyard illuminate the hall of prayer. The opposite wall is decorated with medallions and stucco depicting allegorical scenes from Leviticus, probably the work of Gaetano Davia, who also decorated the town theater. Notice the lovely aron carved in dark wood in the seventeenth century. The bimah, originally in the center of the hall, was repositioned to the side of the holy arch in the nineteenth century.

The Farnese Synagogue (Scola Farnese) is located on the second floor beside the rabbi’s apartments and the offices of the community. One enters the room via a richly carved wooden door that came from the former synagogue of the small town of Cento, as did the bimah and the lovely polychrome marble aron dating from the beginning of the eighteenth century. The synagogue also features gilt stucco citing the Ten Commandements.

The equally beautiful Italian Synagogue (Scola Italiana), which is no longer active, is at the top of another staircase and long gallery. On its far wall, three rare carved wooden lacquers aronot are on display. The gold and ivory one in the center is original to the Italian Synagogue while the two others, each with two magnificent swirling columns, come from the former Spanish Synagogue on Via Vittoria. The furniture in the vestibule is from the rabbinical academy.

Continuing the visit to the former ghetto, you will notice behind the community building Via Contrari -at one time outside the quarter- the walled-up windows that prevented the Jews from looking outside. The ghetto once had five entrances. A number of courtyards and passages permitted discreet travel from one building to another.

Those interested in Jewish manuscripts and antique books should not miss the chance to visit the  Ariostea Library (Biblioteca Ariostea), which has numerous manuscripts, books, and engravings on Jewish Ferrara.

The Jewish Cemetery, in use since 1620, is located near the city walls. With its many tombs, both old and new, among the poplars, this is a very moving place.