Jews began to settle in Rzeszów in the fifteenth century and, in the seventeenth century, built two synagogues, both of which remain, almost side by side. They are fairly easy to find, located right in the city center.

The Stara (Old) Synagogue, dating from the first years of the seventeenth century, today houses the city archives. It is rather small, but well restored on the outside. A Star of David can still be seen on one of the walls.

The Duza (Large) Synagogue is from 1686, It is more imposing, with large bearing walls reinforced by pillars that give it the look of a fortress. rebuilt in the 1960s, today it houses an art gallery office in the main room and an upstairs café in the galleries for women. A visit to the site offers a glimpse of what the interior looked like before the war, when 14000 Jews lived in Rzeszów. They were all deported to Belzec or Auschwitz.

On Rejtan Street, a large Jewish cemetery remains, its many graves damaged, however, with overturned tombstones, and sometimes overgrown with vegetation.

Over time and suffering from territorial conflicts between the great powers of the region, the Jews managed however to participate in the active life of Rzeszow. Mainly in trade, their property rights being limited to housing. Many shops opened in the city center. So much so that at the end of the 18th century Rzeszow was nicknamed “the Jerusalem of Galicia” by the academic Bredetzki.

Jews were registered in a special state register with surnames often indicating their origin like Krakowski, or names related to trades like Tabachnik.

Thanks to a movement of emancipation and egalitarianism in 1848, the Jews finally obtained the same rights and also participated in the political life of the city. Confirmation of this development was not made until about fifty years later, with some leaders returning from time to time to progress.

In 1860, the Jews were thus able to buy land for their new cemetery, fields and other land. Before that, they had developed the clothing and jewelry industries. They met in this area a certain regional success, their jewelry even selling in places as distant as Livorno or Alexandria.

The democratization of access to the trades enabled many Jews to embark on agriculture and town planning, exporting eggs or modernizing the city’s drainage systems.

The Haskalah movement was a great success in Rzeszow. Famous scholars include Abba Apfelbaum, journalist and author of biographies on Italian Judaism, as well as Moshe David Geschwind, journalist, translator of Hebrew and Yiddish and secretary of the community for 30 years. Another journalist, Leon Weisenfeld, who published in Polish newspapers, who created the newspaper “Yiddishe Volkszeitung” and was the author of three novels.

Also known on the national scene, Doctor Wilhelm Turteltaub, an expert on German literature. While continuing his medical studies, he wrote famous plays which were performed in Germany.

Chassidism also gained momentum, thanks to the pupils of Rabbi Elimelech of Lizhensk, hence the construction of a second synagogue in the 19th century. His book “Noam Elimelech” influenced the development of the movement throughout the region of Galicia.

A hospital, a retirement home and cultural institutions were created at this time.

As early as 1934, supporters of the Nazi regime, which did not invade Poland until five years later, began to vocalize a certain anti-Semitism. At the start of World War II, the Jewish population was close to 15,000, an increase caused by the resettlement of Jews by the German army. The occupants build a ghetto there of more than 20,000 people.

During the invasion, German troops did not immediately adopt a hostile attitude. They waited for the celebrations of Rosh Hashanah and Kippur 1939 to identify the Jews leaving the synagogues and forced them to dive into the deep waters of the Wislok River. Many very harsh measures were put in place with regard to the Jews. Forced labor, destroyed synagogues, famine, summary executions …

The vast majority of Rzeszow’s Jews were deported or killed in the woods. Only a few hundred survived the Holocaust.

The small community reconstituted after the war of 300 people erected a monument in memory of the victims.

The scale of the massacres in Rzeszow motivated many Jews who had been fortunate enough to flee before the Holocaust and their descendants to carry out genealogical research in order to find relatives, or more often the names of relatives killed. The generation of survivors sometimes preferring not to turn around and discuss the atrocities in order to be able to rebuild themselves, their descendants are very involved in this research. 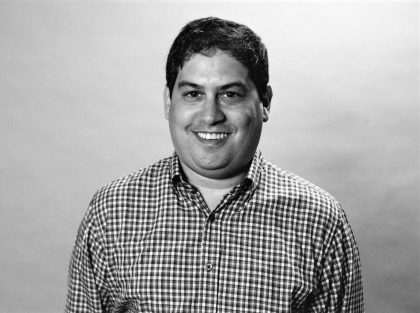 We met with genealogy expert Philip Trauring, whose ancestors came from Rzeszow. He has created several acclaimed sites and is involved in numerous projects for the conservation of Jewish heritage.

Jguideeurope: What motivated you to create the Jewish genealogy website of reference B&F: Jewish Genealogy and More?

Philip Trauring: B&F: Jewish Genealogy and More started out as a simple blog where I could share knowledge about Jewish genealogy. I had been researching my own family for a number of years, and had begun to volunteer with a local genealogy society, but felt a web site offered me the easiest way to help the most people. In 2016, after realizing I was looking up the same things over and over again when helping people, I decided to create an index of resources online. I added the B&F Compendium of Jewish Genealogy  with Jewish genealogy resources for over 200 countries and territories, as well as 1400 towns in Poland. It was a major undertaking, and involves a lot of work to keep up-to-date. However, now when people ask me for help researching where their family came from, I can just send them the relevant links. Importantly, the site also allows users to leave comments on the resources to help others that might use them in the future.

Concerning Poland, you offer more than 20000 resources. How do you explain such availability? Is it a recent phenomenon?

Part of the reason I chose Poland to expand to town-level resources was that I felt I could find enough resources that covered many towns within Poland. It wouldn’t work if I added over a thousand towns, but most only had one or two resources. My goal was to average ten resources per town. I looked for sites that had extensive resources on towns, and made sure I had a certain number of sites that all had resources for hundreds of towns.

I then built my list of towns, which now totals over 1400 where Jews had lived in Poland. Building just the list of towns was difficult, as just because a town was mentioned in a record didn’t mean I could confirm its location. Many towns in Poland have the same names, many names changed over time, and many villages became neighborhoods of larger towns and cities. Spending the time confirming the towns however has allowed me to have a very accurate list of towns that form the basis of the Polish resources.

What discovery in Rzeszow surprised you the most?

Most of my father’s extended family lived at some point in Rzeszów. Both of his parents lived there as children, and both had family members going back many generations there. Rzeszów, or Reisha as the Jewish community called it, held an important place among Jews in Galicia. I did some research into the centrality of Rzeszów by looking through marriage records in the Rzeszów archives, and seeing what other towns spouses came from. Marriage records included records from the towns the spouses came from, frequently including their birth records. Each community had an official stamp, and the rabbis of those communities also had an official stamp, and I collected many of those stamps in an article which shows the towns connected to Rzeszów through these records.

What current projects are being undertaken to restore Rzeszow’s heritage?

There is an annual memorial in Rzeszów, which has been going on for 12 years. You can see a video of the most recent one on YouTube It takes place in one of the Jewish cemeteries which today sits right next to the university. There is a Facebook group called In Memory of Jewish Rzeszów which has people who are working on a project to restore that cemetery and make it a place of remembrance instead of just a walled off mostly empty piece of land.

Your work on the town of Kańczuga was also widely shared. Is there also a personal connection?

My gg-grandfather lived in Rzeszów, but was actually born in Kańczuga, a small town not far away. Over the years I’ve tried various ways to stay in touch with other Kańczuga descendants, including a mailing list, a Facebook page, and at the center of it the Kanczuga.org web site where I post updates on research. While Rzeszów was the largest city in the region, Kańczuga served as a center among smaller villages in its area (I list about 20 of those villages on my Neary Villages page) and I try to include those villages in my research since they overlap so much with Kańczuga. Through this group of descendants we’ve funded research in local archives and helped restore the Jewish cemetery. Recently, a non-Jewish native of Kańczuga, Patryk Czerwony, who moved to the US as a child, has been helping organize projects to memorialize the Jewish community and we’ve worked with him to get some of these projects done.