At the northern border of Transylvania lies Sighet Marmatiei, unquestionably the region’s most original and charming little city, where Romanian, Hungarian, Roma and Ruthenian populations all coexist. Nobel Peace Prize winner Elie Wiesel was born in this Hasidic township.

Jews settled in this town, located in the region of Maramures, in the 17th century.

The religious and cultural Jewish life was very rich even if most of the Jews lived in poverty. Jewish schools, yeshivot, newspapers and libraries were present. Many cultural personalities emerged in the city. Among them the author Hirsch Leib Gottlieb, Yiddish poet J. Holder, Yiddish author J. Ring, pianist Geza Frid and of course author Elie Wiesel. Jewish plays and artistic gatherings took place.

Between the two world wars, the Romanian Iron Guard regularly threatened the Jews. After the annexation of Transylvania by Hungary in 1940, Jews were conscripted for forced labor and later put in a ghetto from which 12000 were deported.

After the war, about 2300 returning Jews from Sighet and surrounding areas tried to recreate a Jewish community. But only 250 remained there in 1970.

Since 1989, there has been a renewal of Jewish heritage interest by Jews and local authorities. Attempts given more light by Elie Wiesel’s visits to his hometown.

Among the monuments to be visited there are the Sephardic synagogue, also known as the  Klaus Wijnitzer synagogue. While Sighet originally had about twelve, this is the one remaining. Built in 1902 in a Moresque style, it was recently restored.

Another famous place is the  Elie Wiesel’s Memorial House welcomes many visitors. The place where the author and his family lived is visited by students and teachers, local ones but also from all over Europe. Programs and exhibits are organized there throughout the year.

The  Kahana Court, located on the Gheorghe Doja Street, previously known as the Yiddish Gass. Named after an important local Jewish family, it was a major centre of the city’s Jewish life, housing a school, shops and cultural encounters. The Tarbut Foundation, which highlights the Jewish Heritage in the region of Marmarus, especially in the city of Sighet, has its offices there today. Tarbut organizes trips, educational programs and the restoring of monuments linked to that heritage.

The  Drimer House in the Sighet Village Museum, where old homes of people from all backgrounds are shown, named after its rabbi was also used as a synagogue.

An important center of the Hasidic movement, Sighet is also where many of its rabbis are buried. The  Jewish cemetery is visited by tourists and pilgrims honoring those rabbis.

Erected by Holocaust survivors, a  Memorial Monument was built on the former location of a synagogue destroyed during the war. Commemoration services are held there regularly during the year. A plaque commemorating the departure of trains to the camps during the Holocaust can also be found at the local  train station.

Our interview with Peninah Zilberman, founder and CEO of the Tarbut Foundation. 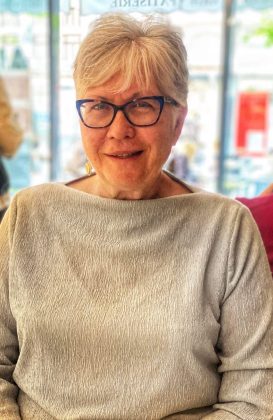 Jguideeurope: How do you perceive the evolution of interest concerning Jewish heritage in Romania?

Peninah Zilberman: Generally speaking, there is a revival of Jewish Heritage across Eastern European countries who were under the Communist Regime.

I have been coming to Romania since 1998, not too many people used to come and visit-there were still many issues of visa etc., to deal with; However I must say that in the past 5 years, there is a greater interest of Jews to come with their extended family and visit their hometowns, cemeteries, synagogues where members of the family used to pray and so on. As the survivors are leaving us, visits are beneficial for their relatives.

At the same time, the local Jewish Communities in the major cities e.g. Bucharest, Oradea, Cluj, Iasi and Timisoara are developing Jewish programs for all generations… children to seniors. Many of the synagogues are being restored, attracting tourists of all faiths. Timisoara has been chosen to be the EU Cultural City of Europe in 2021. Its synagogue is almost finally restored, and programs are being organized there.

What are the places most visited in Sighet linked to that heritage?

The places a tourist can visit are the synagogue, the Jewish cemetery, the monument in memory of the Jews who were murdered at the various camps, Elie Wiesel Memorial House, Tarbut headquarters at the Kahana (a famous Jewish family in Sighet) Court, The Jewish Gasse (Street), pointing out various houses where important leaders of the Jewish Community used to live, the ghetto area and the train station from where the Jews were deported.

Can you tell us a bit more about Elie Wiesel’s link to the city?

The late Prof. Elie Wiesel (1928-2016) was born in Sighet and lived there until he was deported with his family during May 16-22, 1944. His family house was transformed in 2003 into the local Jewish Museum (Memorial House). The objects shown in the museum belonged to the many Jews who lived in the city or the Maramures Region.

What are today’s main purposes of Tarbut?

Tarbut has 2 major objectives: First, offering genealogical research followed by “Family Roots Journeys” for all generations. These Journeys usually take place between May and October. We mainly cover the regions from where the Jews were deported (Northern Transylvanians, Bucovina to Transnistria, and Iasi), and remembering the Pogroms. Our second aim is to teach the local high school students about the Jewish history in the region, deportations and the Holocaust. We teach it through the Arts (music, art, writing, plays) and trips to Auschwitz.

Tarbut is under Renewal mode following almost 3 years of hiatus except of Zoom programs. A number of upcoming “Family Roots/Routes Journey”  take place over the summer. People want to catch the moment, we are pleased to accommodate and deliver as many as possible. European Jewish Heritage Days will be launched in mid-September in a few localities across Maramures. May 2023 a major “Yiddish Festival”  is being planned in cooperation with  the Jewish National Theatre in Bucharest. As well as in other Romanian major cities. In addition we will renew our special high school and Educators seminars and  cultural activities. Plans are underway for a special “All Generations Gathering & Commemoration “ marking the 80th Anniversary to the Jewish Deportations May 16-22, 1944 from Sighet.