The former capital of Bukovina, the large german-influenced city of Chernivtsi (Czernowitz) once belonged to the Austrian Empire. It then became part of Romania during the wars, was annexed by the Soviet Union in 1940, and occupied by Germany and Romania from 1941 to 1944, only to become part of Ukraine after the war.

This once major Jewish hub (Jews made up around 40% of the population before the war) hosted the World Conference on Yiddish Language in 1908. It is also the birthplace of the Yiddish poet Itzik Manger, the fabulist Eliezer Steinbarg (who adapted into Yiddish the fables of La Fontaine, Aesop, and Krylov), the singer Sidi Tal, and the German-language poets Paul Celan and Rose Ausländer.

A tour of the Jewish city begins at the  former Grand Synagogue (or “Tempel”) located on Tempelgasse, today Universitetska Street. Though the Germans dynamited it, they failed to completely destroy it. The building functions today as a movie theater, Kinoteatr Chernivtsi ironically refer to as “Kinagoga”.

At Theatralna Square, the the right of the theater, stands the  old House of Jewish Culture, trasnformed as of late into the Eliezer Steinbarg Cultural Association headquarters. Notice the monumental staircase and its Stars of David, their points sawn off since the Soviet era.

Steinbarg himself once lived on a neighboring street recently renamed in his honor, as pointed out by the plaque there. A door adorned with a Star of David can be seen just across the street.

Not far from here, at 16 Clara Zetkin Street stands the home of Mrs. Zuckermann, the ninety-two year old star of the film Mr. Zwilling and Mrs. Zuckermann (Volker Koepp: 1998). A victim of the Shoah, deported to Trans-Dniestria from 1941 to 1944, yet also an expert in the history of Chernivtsi, she once proudly declared: “I have remained Austrian; I love Czernowitz alone”.

Paul Celan was born at 5 Saxaganski Street (formerly Wassilkogasse). A plaque in Ukrainian and German marks the site. 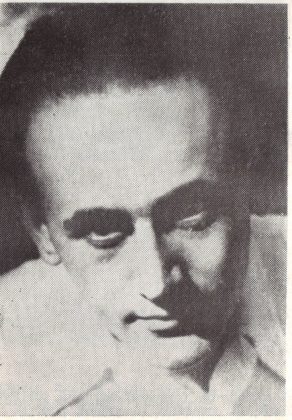 Paul Celan was born in Chernivtsi in 1920 and died in Paris in 1970. His parents perished after being transported to Trans-Dniestria.

He moved to Paris after the war but continued to write in German, the “language of executioners”. His work, which grew more and more hermetic over time, deeply revitalized contemporary poetry. His most famous poem is Todesfuge (Fugue of Death):

“Black milk of daybreak we drink it at sundown

we dig a grave in the breezes there one lies unconfined…”

The active synagogue in town, located on Lukian-Kobylitsa Street, is very small, but the interior is beautiful, with mural depicting biblical themes.

Properly speaking, the Jewish quarter was located a bit further down, on the other side of Ruska Street. Transformed into a ghetto between 1941 and 1944, its entire Jewish population was deported to Trans-Dniestria. Take Turecka Street (“Turk”, after the former Turkish Fountain), and cross the bridge leading to the ghetto’s main street, Morariugasse, today Sagaidachny Street. The architecture of the block where Rose Ausländer was born has remained typically Jewish over the years. A wide street, it is bordered by a triangular public square formerly called Springbrunnenplatz where the market were held.

A right turn after the square leads to Henri Barbusse Street, formerly Synagogengasse, one of the poorest and most crowded streets of the ghetto. The former Grosse Schul (Big Synagogue) can be still be seen in the center at number 31; a very large building with a Greek pediment, it serves today as a “repair and production complex”. Further down, at number 18, a former prayer house features two Stars of David struck with the letter shin on the door. There was an inscription that read in Romanian and Hebrew “makhsike sabatul” (those respectful of the shabbat), but it was painted over in 1998. Chernivtsi’s oldest synagogue is located a little further up; it dates from the eighteenth century. A Hebrew inscription once read “Hevra Tehilim” (brotherhood of psalms), but this also disappeared in 1998. Donated to the Protestant community, the synagogue has been renovated, its main room divided into two levels and facade (where the inscription was located) repainted.

Further still, at the spot where Henri Barbusse Street converges with Sagaidatchny Street, the Jewish hospital, now neglected, can still be seen through a locked gate. A commemorative plaque mounted on a house off the square points out, in Ukrainian and Yiddish, that the ghetto was once located on this street until its 40000 residents were deported.

The Jewish cemetery is both impressive and fairly well maintained . The inscriptions on the tombstones are mostly in German, though a few are in Hebrew or Russian.