The Belgian capital, Brussels, is a cosmopolitan city: a quarter of its population is foreigners. Its Jewish population is similarly diverse.

Before the war, the Jewish quarter was located in the boroughs of Anderlecht and Schaerbeek, close to the two main railway stations. This demographic concentration unfortunately facilitated the work of the Nazis during their roundups. At the intersection of rue Émile Carpentier and rue des Goujons, you will find the National Monument to the Jewish Martyrs of Belgium. The names of 23838 victims are engraved in the stone. The square on which its stands has been renamed Square des Martyrs Juifs (Square of the Jewish Martyrs).

Brussels is the seat of the  Central Israelite Consistory of Belgium, which represents the main trends of Belgian Judaism.

Contrarily to Antwerp, the Jews of Brussels are mostly secular, which explains the importance of the  Centre Communautaire Laïc Juif David Susskind. It hosts regular cultural events and was named after its former director and influential local figure.

The Grande Synagogue de la Régence, built circa 1878, stands next to the Royal Conservatory and not far from the law courts. The rather conventional facade gives no idea of the dazzling majesty of the interior nor the size of the organ. This traditional community meets on Saturdays and for the main festivals. The male choir and the cantor are renowned. Note that none of Belgium’s synagogues have permanent wardens, but they can be visited by appointment.

English-speaking Jews, most of them working in the city’s European institutions, form a fifth of Belgium’s Jewish community. They attend Shabbat services with Liberal French-speaking Jews.  The Beth Hillel Synagogue is strongly attended during Jewish festivals.

Egyptians, Moroccans, Syrians, and Iraqis meet at the  Sephardic Synagogue, which is small but very congenial.

Directed by Michel Dratwa, a learned authority on the Jewish world, the  Jewish Museum of Belgium has a large collection of ancient and modern documents illustrating Jewish life. The objects exhibited come from Europe, Africa, and Asia. This permanent exhibition is designed to be educational and follows the chronology of the Hebrew calendar. The rites of passage -birth, marriage, and death- are clearly illustrated. In order to provide the Belgian capital with a fitting site for Jewish memory and history, the museum has been given a prestigious annex, a building housing a major Centre of Belgian and European Jewish Art and History. 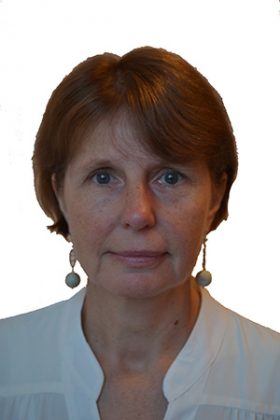 Jguideeurope: How did the idea for creating IMAJ come about?

Agnès Bensimon: The Institute of Jewish Audiovisual Memory – IMAJ, has been part of the Jewish cultural landscape since 1984 and was quickly recognized as a subsidized association by the French Community of Belgium, as a documentation center and video library. Indeed, at the turn of the 1980s, films with a Jewish theme, in Europe and around the world, took on increasing importance. The founders of IMAJ analyze this phenomenon as a reaction to Holocaust denial which is being displayed more and more openly. This awakening of Jewish memory to its history and heritage is widely illustrated on the screen.

Belgium is no exception to this movement. Chantal Akerman’s name stands out. The Institute’s mission is then to create a database of all productions on this vast theme, to acquire films for the video library. And, of course, to broadcast them, in the form of previews, symposia and very quickly festivals. The first, in 1986, is called “Better to laugh.” Jewish humor brings together community members as well as the non-Jewish public. IMAJ multiplies collaborations with other Belgian institutions in a constant spirit of openness.

Have your activities been affected by Covid?

In 2020, IMAJ was to celebrate its 20th festival in March, paying tribute to the new generation of female directors, under the title “GAMES OF LADIES”. The program is now broken down over the summer and fall, with, in particular, on July 15, the screening of THE END OF LOVE, by Keren Ben Refaël, produced in France. On September 16 will be screened “FAMILY IN TRANSITION” by Ofir Trainin, a moving documentary on transgender people, preceded by a magnificent animated short film, “BUTTERFLIES”, on the same subject, produced in Germany. The rest of the program depends on the partners that are the cinemas, in the sensitive context that we know.

Which associations are participating in this project?

Among the plentiful supply of associations which contribute to the Brussels cultural heritage, RADIO JUDAÏCA is one of its flagship centers. The first free Jewish radio station created in Europe in March 1980, the station celebrated half a century of existence. Installed today in the trendy Châtelain district, in Ixelles, in very modern premises, you can measure the distance covered. This radio federates the various community associations, broadcasts very varied cultural programs, which are characterized by an opening on the world.