It’s hard to find a trace of Jewish life in Liège and its area before the end of the 18th century.

In 1811, only 24 Jews are registered there, and only 20 to 30 families at the end of the century. In 1914 the community, comprising Dutch and Alsatian Jews, was swollen by Russian Jews who had been taking prisoners by the Germans. Some of them settled in Liège from 1917. The international reputation of the École des Mines drew Jews from eastern Europe between the two world wars.

Of a Community comprising about 2560 persons, about a third were murdered during the Holocaust.

Many of the city’s Jews have emigrated to Israel, and in at the same time, students and workers from France and Israel have taken an active part in the Community.

The  Synagogue de Liège, inaugurated in 1899, is a very interesting place to visit. Its architecture was influenced by various trends and arts. It has been listed in the Region of Wallonia’s Heritage in 2005.

The other important place in town is the  Jewish Cultural home. As its name indicates, it welcomes many cultural events and encounters.

Michel Kichka devoted an album to his childhood in Liège and those memories difficult to share by his father Henri Kichka about the Holocaust. In his later years, Henri became an active participant in the sharing of his experience with high school students in Belgium. 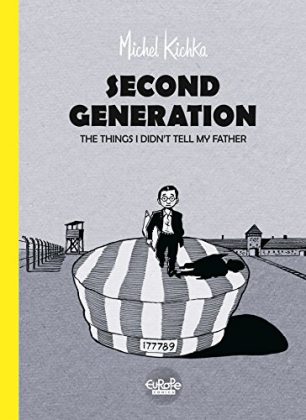 Jguideeurope: You have shared your family’s history in the comic book Second generation. With its moments of happiness and its dark moments too, linked to the war. What motivated the wish of your family to settle in Seraing, in the outskirts of Liège?

Michel Kichka: My maternal grandfather settled there before the war. He opened a clothing store, convinced that there were some good opportunities in the economic heart of the region of Wallonia. His family was able to find a haven in Switzerland when Belgium was occupied. After the war, he came back to Seraing, after a detour via Brussels. My father and my mother managed a clothing store in Seraing, from 1952 or 53 until 1986.

What were the important places which, for your parents, then for you, evoked Jewish culture in the city of Liège and its region?

The Jewish Home of Liège (today we would use the term “Community Center”) where the community would meet for celebrations, was an important place. The synagogue of Liège also, actually there was only one. There, we would celebrate holydays, weddings and mixed bar and bat mitsvahs. The youth would regularly meet at the Ken (room) of the Hachomer Hatzaïr, located on the floors of the Jewish Cultural home. 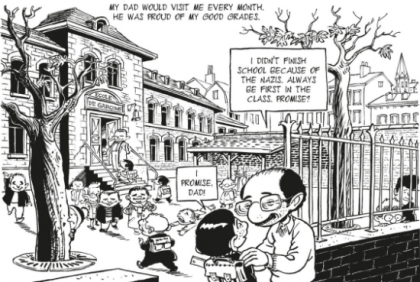 The community was very homogenous, a big majority of Ashkenazim. Most of the fashion stores, selling men and women’s clothes, were kept by Jewish families in the heart of the city which, during my younger days, carried well its name: the “fiery city”!

What is left today of this heritage?

One of my childhood friends, Thierry Rozenblum, published a book about that subject entitled Une cité si ardente : les Juifs de Liège sous l’Occupation (published by Luc Pire, 2010). He’s working now on a second book. Over time, the majority of the families resettled in Brussels.