The Jewish presence in Nice probably dates from the Greek era. The successive occupations, mainly linked to the conflicts between France and Italy affected the status of the Jews over the centuries.

A Jewish presence is identified in the middle of the 14th century. Nice then depended on Provence and the Jews were forced to wear a distinctive sign.

In 1406, the Jewish community had official status, while the city once again belonged to Savoy. Two years later, she has a cemetery near Lympia harbor. A synagogue was erected twenty years later. The Duke of Savoy, while imposing restrictions on housing and profession, protected the Jews from the imposed conversions.

From 1448, the Jews had to settle in a Giuderia, a separate district in the city, in accordance with the directive of the Pope. However, there is an evolution in their social and economic situation.

In 1499, Nice welcomed Jews expelled from Rhodes and other places in the Mediterranean basin, following the Inquisition. In the 16th century, Jews were allowed to practice commercial trades and medicine, motivating in particular the arrival of these Jews.

The Jewish community grew with the arrival of Marrano Jews from Italy and the Netherlands in the mid-17th century.

The Duke of Savoy encouraged the prosperity of the whole city and in particular of the Jews by decreeing the establishment of a free port in Ville Franche. Oran Jews also settled in the city at the end of the century.

From 1723, the Jews were all forced by Victor Amédée, king of Sardinia, to settle in the old ghetto, the practice having been relaxed before. Rare derogations are obtained.

At the end of the 18th century, Duke Charles Emmanuel III relaxed the status of the Jews, allowing them to leave the ghetto, buy land around the port and no longer wear a distinctive sign. In this impulse, the Jews obtained the right to organize a community council in 1761. 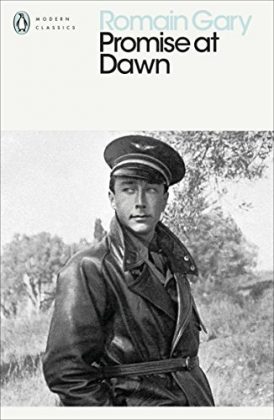 The attachment of the city to France between 1792 and 1814 resulted in the emancipation of the Jews as was the case for all nationals since the years 1789 (date of the Revolution) and 1791 (decree promulgating equality for the Jews ).

When the region was attached to Sardinia in 1828, these rights were canceled. It was not until 1848 that emancipation was final, with the suppression of the ghetto.

King Charles Albert then recognized the Jews’ absolute equality of rights as citizens. An evolution favored by the dedication of Benoit Bunico, city councilor. When he died, rue de la Guidaria was renamed rue Benoit Bunico. The Edict of 1430 is therefore definitively repealed.

Despite these developments, the number of Jews from Nice was relatively very low throughout the 19th century. In 1808, they made up only 300 souls.

In 1909, a hundred years later, that number of Jews living in Nice only increased by 200 people.

Many Jews settled in the city after the start of the 20th century. Among them, the writer Romain Gary. “It was at the age of thirteen, I believe, that I had the first feeling of my vocation. I was then a fourth year pupil at the lycée de Nice and my mother had one of these hallway “showcases” at the Hôtel Négresco where she displayed the items that luxury stores conceded to her… ”At the start of Promise at Dawn, the author relates the arrival in France of the family and the devotion of his mother to make them survive, pretending not to like meat so that his son has enough. His only comfort was his success in becoming a Frenchman proud of his homeland and a great man of letters, dazzled by the reading of his childhood poems. “You will be d’Annunzio! You will be Victor Hugo, Nobel Prize winner!” Romain Gary will keep his attachment to the city and to the commitment to the homeland. As he recounts a few pages later during military service. He returned to service a few years later when he joined De Gaulle.

When Nice was free and then fell under Italian control during the Second World War, thousands of Jews found refuge there. When German troops took possession of the city in 1943, the situation changed abruptly. In five months, 5,000 Jews arrested and deported. The evolution of this situation is well described by Joseph Joffo in his book A Bag of marbles. The Joffo family, who lived in the 18th arrondissement of Paris, ended up in Nice to escape the raids. Joseph and his brother Maurice, arrested by the Gestapo, are saved by the priest of Nice who testifies in their favor, producing baptismal certificates.

Today there are a dozen synagogues or prayer rooms in Nice. In the neo-Byzantine style, the  Great Synagogue of Nice, built by the architect Paul Martin, was inaugurated in 1886. There is a pyramidal stone facade with a central rose window. It has beautiful interior decorations including twelve stained glass windows with biblical themes.

The  Ezrat Ahim Synagogue follows an Ashkenazi rite. It was opened in 1930 and has interesting interior architecture.

The  Maayane Or Synagogue of the Massorti movement was opened in 1996. It also has a large cultural and community space, with a Talmud Torah, Hebrew lessons, religious festivals and other activities.

The  Jewish cemetery is located in the Castle Cemetery created in 1783, in its southern part. A cenotaph has been installed at the entrance to the cemetery for Nice victims of the Shoah.

Unmissable place to visit in Nice: The  Marc Chagall Museum. A museum which is the fruit of the wish of the Minister of Culture André Malraux in 1969. The artist participates in the development of the project. He creates and donates works for the Museum and participates in the inaugurations of exhibitions. Without limiting his support for painting, Chagall launched a concert policy there. When he died in 1985, the Museum received 300 works by Marc Chagall. The artist’s heirs then continue donating to the museum.