The presence of Jews in Marseille seems to date back to the 6th century, attested by Grégoire de Tours, but probably dating from the Roman Empire. Particularly with the arrival of Jews from Clermont-Ferrand who fled persecution. As in many French cities at the time, there is a street of the Jews in the Middle Ages, as well as other places indicating their presence.

In the 12th century, two communities developed. The first in the lower part of the city, under the authority of the viscount and the second in the heights under the dominance of the cardinal. The traveler Benjamin of Tudela evokes these communities in his stories.

According to him, yeshivot continued their education in the upper part of the city. The lower part, near the port, favored the influx of merchants, although the Jews did little work in the maritime sectors. Although they obtained citizenship status in 1257, the Jews of Marseille were subject to substantial restrictions.

In the 14th century, the two communities unified, while restrictions eased. There were then three synagogues and a mikveh. In 1484-1485, the Jewish quarter was attacked. Many of them were pillaged and murdered.

Emigration limited by the appeasement organized by the municipality the following year, and a few years later by the arrival of Jews from Spain following the Inquisition. Nevertheless, an expulsion notice from Provence was decreed in 1500-1501, accompanied by numerous conversions.

The 18th century saw the arrival of other Jewish families and the establishment of a new community. A small synagogue and a Jewish cemetery were created.

Built from Nathan Salomon’s plans in 1860 and inaugurated on September 22, 1864, it even became the  Grand synagogue. A place of study, it also hosts many festivities.

During the Holocaust, after the invasion of the Free Zone, the hunt for Jews was intense, leading to arrests and deportations, and the sacking of the synagogue.

Following the Liberation, Marseille counted between 5 and 10,000 Jews, mainly from Provence, Alsace and North Africa.

The latter came in greater numbers following decolonization and participated in the reconstruction and development of the community. In 1969, 65,000 Jews lived in Marseille.

Albert Cohen dedicates many pages to the city that welcomes him as a child in his novels Mangeclous, My Mother’s Book and O you human brothers, be it his glorious character Scipio, moments of sweetness on the Canebière but also of his first confrontation with anti-Semitism.

Interview with Xavier Nataf, creator in Marseille of the first festival devoted to Israeli cinema, which gave a tribute June 22th – 28th 2022 to Ronit Elkabetz. 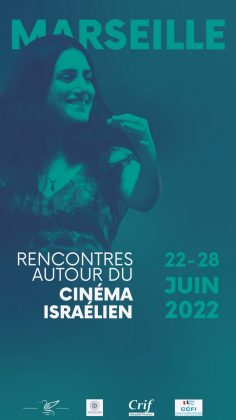 Jguideeurope : You have been involved for a long time in the influence of Jewish culture in Marseille. How do you perceive the evolution of public interest?

Xavier Nataf : I think we can say that there has been an evolution; several decades ago Jewish culture was surprising, interesting, and certainly strange to most people. Today, it seems to me that it is a culture that, like the others, is part of the Marseilles landscape. Of course, I’m talking about specific cultural aspects; I’m not talking about the community and the Jews, who have always been an integral part of the greater Marseille community.

Which place linked to the Jewish cultural heritage of Marseilles deserves to be made more known?

Of course, the great synagogue is a remarkable place to discover but to be honest, I have a particular affection for the old Jewish cemetery of Saint-Pierre. It tells the story of the Jews of Marseille for centuries.

You created the first Israeli Film Festival in France. This year, you honored Ronit Elkabetz by screening Cahiers Noirs. What has marked you about her?

I was lucky enough to be contemporary with her rise as an actress and director. She was one of the very first guests of the festival and we accompanied her to the end. The most striking thing about her when you knew her was the incredible mix of strength and fragility. She had a hypersensitivity that was quite fascinating.

For the past two years, you have hosted the Nonobstant podcast, dedicated to Jewish pop culture. What recent discovery in this field has particularly surprised you?

With this podcast I try to share my passions for movies, TV shows, comics… every week in five minutes, I show the richness of the production in the field of Jewish identity… in the field of comics, I have to say that Jean Dytar’s comic book # j’accuse really blew me away. In the field of cinema, I loved Gabriele Mainetti’s Italian film, Freaks Out. 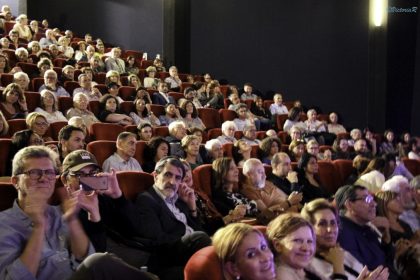